I just experienced probably one of the most painful experiences with racism I’ve ever encountered.  Before I go into what happened, let me give a little background.

As the country is going through an upheaval of all the buried racist tensions that have been here for a million years, soon after Trump’s election, I found myself caught up in the tornado of rage I’ve kept buried for years.

I grew up going to predominately white Christian schools and the racism I experienced was pretty incredible.  From those experiences, I developed a general distrust of white people that I am learning to heal from. A large part of that healing process began in my high school years at Riverdale Baptist School.  The unity within my graduating class and the love I received from my high school teachers started this little seed of healing within me.  It has taken a long time to grow and engulf my being, but it slowly and steadily has been growing ever since, especially as whites with truly kind and genuine hearts water this seed over the years. I have continued to endure racism in my life, for example during my time at my doctoral program (and I’m still not quite ready to talk about it at length), but with each racist experience I’ve had, it seems like God would send a white person to numb that pain…to make me say, “No they are NOT all racist.”  These experiences have given me hope that racial unity can actually take place.  So the healing process continues. It’s slow, but it steadily moves forward.

Anyway, as I found the pain of those years in Christian schools coming back to the surface, with the evangelical support of Trump and the blatant racism his election to the presidency unveiled, I began to post my inner struggle on Facebook.  As I began to share openly about my feelings and perspectives as a black conservative Christian, I found that many whites were very comforting to me. Willing to listen. Willing to process my struggle. Even willing to read and learn for themselves how their white privilege has tainted their perspective.  It has been an incredible journey.  I’ve even encountered whites who although could not see my perspective, voiced a desire to still remain friends even through our differences. They still wanted to listen on some level. They found that we still had so much in common and they still loved me unconditionally.  I found that response even more surprising. My “angry black woman” self did not scare folks off, but even still I was loved and embraced.  Some even found themselves made “woke” from my posts and I found that surprising as well. Then there were those who did feel the empathy. They cared. They felt the pain. Yet, had no idea what to say.  Like it’s as if the discovery of how their race has played this huge role in the travails of this country, has almost paralyzed them in guilt, fear, and they are at a loss for words.

The entire journey of actually voicing these inner scars has been an interesting process. And I have been surprised at how my thoughts have been received by not just by my black brothers and sisters with a “Yeah girl, I been through the same thing”, but with a hug and a desire to at least understand from many in the white community who found themselves on my Facebook page of total randomness (I fluctuate from being the doting mommy, loving wife, to the outraged Angela Davis, or an educator…depending on the weather).  I thought everything was cool.  Those who could not get with what I was saying at all, chose to either unfollow or just ignore until I posted something that was relevant to them and then we’d re-engage.  I was cool with that.

Today, however, I encountered hatred from the most unlikely place. Today I encountered what I perceive to be one of the most apparent cases of racism from a “friend.” We have known each other since 3rd grade.  On FB we have lol’d together, because she had an incredible since of humor and she seemed to delight in my craziness.  Then as I began to start working through my racist scarring through posts on FB, she grew silent. It was today, that I found out she had unfriended me.  I was shocked, and thought maybe another FB glitch that accidentally unfriended me (it’s happened before to others I’ve heard).  She and I found ourselves in a thread with some other elementary school friends, and I reached out to her.  I went to her profile and saw I’d been unfriended. I casually send her a message asking, “Hey girl!  How we get unfriended?”  She then proceeds to send me this long message about how my posts were racist and she couldn’t take it any more.  She and I NEVER argued. She NEVER confronted me about it. She NEVER gave me one hint that she was struggling with my posts. She NEVER sought to understand where my pain was coming from.  She NEVER tried to engage with me to tell me how she felt, giving me the chance to comfort her as a friend (I’m not so caught up in my pain and rage, that I cannot make myself empathize with a white person). She just silently and sneekily “unfriended.”  I lol’d her and said, “Girl!  You couldn’t just unfollow? Dang!”  She then said she would normally do that but she found herself so angry at my posts, that she wanted to cut me off altogether.

The thought of that has been simmering inside of me all day!  Our almost 40 years of friendship, meant so little to you, that you could not even just message me and tell me how you felt? Maybe by talking to me we could process it together?  She reminds me of the slave masters who one minute has this favorite slave, and because the slave does something to displease them or show too much pride in themselves, lynches them.  This is racism of the most dangerous kind.  Many of us think a person is racist because they seem unsympathetic.  Some of us think a person is racist because they won’t enter in. But if a white person is in your life and still seeks friendship with you, even as you are working out your rage due to the systemic racism in this country, they may  not be racist.  They may not understand. They may have level of ignorance or apathy.  But they are not racist, which is synonymous with hate.  For this girl to say that my posts made her so angry that she could not stand the frustration of associating with me on any level, reveals a racism so deep within, that she cannot even comprehend it.  I have friends who although have not started to march with me, would care enough about me if I need them.  Their friendship extends beyond color, but goes to the heart.  They would never cut me off.  I think about the friend I have who voted for Trump and she messages me “I know we are not on the same page about this, but can we still talk about poodles?” (I LOVE poodles).

Racism is so evil.  This kind especially, sneakily slithered through and severed a friendship that I thought had more meaning.  She could not even find it in herself to reach out to me to just talk it through, but found herself instantly so disgusted with me that she cut ties.  I find it so revealing that SHE got so angry with me at my pain. I was not accusing her of causing the pain (because she never had actually….which is why this was so surprising) and I often made it clear that I was referring to historic racism or racism I experienced in my life or racism that I experienced at the hands of Christian teachers and school administrators from my past. Not once did I refer to her as being the culprit in any of my racist experiences. How is it that SHE got angry at ME!?  Well, that’s exactly what racism looks like.

When a black person gets a voice and the courage to share how they feel about their mistreatment or the mistreatment of their people, and a white person (who may have been very kind…They love to say “And after all that I’ve done for you?  And after how kind I’ve been to you?  How could you say such things!?) get angry about it, instead of angry at those who would treat us and our people as such, then they are RACIST.  In fact this is a good litmus test. If you are white and reading this and you find yourself becoming angry with black people for voicing their frustration over the injustice they experience, then you my friend are straight racist.  You are so filled with hate that runs so deep that you cannot comprehend or contain it.  It probably stems back from an unconscious way that you were raised that causes you to dislike black people.  You know it’s wrong, so you have been able to tolerate them, to bury those feelings, until they step out of line, then the hate surfaces.  It surfaces in the anger you feel at them expressing their pain.  I can understand if you cannot see what they feel.  That’s just being ignorant (and I’m not saying that as a way to name call) of their pain or unable to understand it.  If you don’t feel anything about it, then it’s just apathy.  You just simply care more about your race than the plight of others.  I’m thinking that is not quite being racist either.  If you feel it ALL but are silent because you are just at a loss for words because of the gravity of it all.  That’s definitely not racism, that’s just guilt, that I am not interested in you feeling.  I just want understanding and a supporting hand as I and my folk navigate this stuff.  Racism on the other hand is synonymous with hatred. For you to feel actual anger towards a black person for voicing or expressing their pain over the injustice…so much anger that you want to remove them completely from your life, then you are racist.

Why should this even matter? Because although I am never afraid to speak out about my experiences as a black woman in this country and neither have I ever bowed down to any white person in preferential treatment, the white friends I do have, whether they are “woke” or not, mean a great deal to me.  Needless to say, I blocked her at this point, because I have no need in my life for a person like that who allows their racism to go so unchecked that they cannot even recognize it.  That person to me is a very dangerous individual and I have no desire for them to have a place in my life on any level. 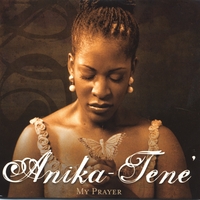